The Faculty of Engineering & Technology, Assam down town university has demonstrated five innovative products at the “Conclave on transforming Meghalaya state through science and technology interventions" organised by North East Centre for Technology Application Research (NECTAR) in Shillong. Three of the products displayed, namely Solar drier, meat smoker and solar grain drier were developed with financial support from North Eastern Regional Agricultural Marketing Corporation Limited (NERAMAC). The other two innovations: crop shredder and multifunctional seed sowing machine were solely developed by the Faculty of Engineering & Technology, Assam down town University. The products displayed were Argo based to transform traditional technique through advanced science & technology interventions. The main objective of the conclave was to share the product concepts to prospective start-up companies. A team from the Faculty of Engineering and Technology including faculty members and students represented AdtU in the two-day Conclave. 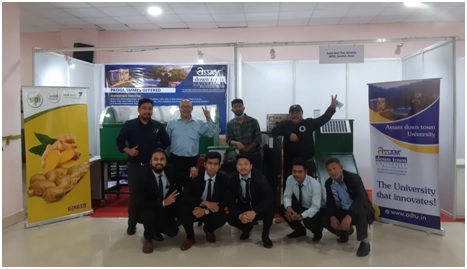 With more than 200+ recruitment organisations, the place you want to be.

You are viewing from CCBot/2.0 (https://commoncrawl.org/faq/)