The HNDB Central Library (Hari Narayan Dutta Baruah Central Library), Assam down town University was established in the year 2010 with the main motto of fulfilling all the knowledge needs of the students, faculties, and research scholars and staff of the university. HNDB Central Library functions with great precision and dedication to promote academic excellence.

Lt. Hari Narayan Dutta Baruah was a famous Assamese man of letters who was related to Assamese Literature and Vaishnavite Culture. He was conferred as “Sahitya Ratna” by Assam Sahitya Sabha. He wrote several books like: “Prachin Kamrupar Kayastha Samazor Itibritta” (1941), “Chitra Darshan” (1931) etc. He also edited several Vaishnavite books collecting valuable information from Satras. He also started the “Dutta Publishing House” jointly with Mr. Bichitra Narayan Duttabaruah and published many famous books. Hari Narayan Dutta Baruah was well known as a teacher also. He was the founder of the famous Devi Ram Pathsala School in the Nalbari District in the loving memory of his late father. He was also a teacher in that school. Late Duttabaruah was a pioneer of education in lower parts Assam specially in Nalbari District.

The Library was established in the year 2010 and named after the renowned writer and publisher Sahityaratna late Hari Narayan Dutta Baruah . HNDB Central Library preserves 86 numbers of collection on and of Hari Narayan Dutta Baruah. Hari Narayan Dutta Baruah was a famous Assamese who was related to Assamese literature and vaishnavite Culture. He was conferred as “Sahitya Ratna’’ by Assam Sahitya Sabha. He wrote several books like “ Prachin Kamrupar Kayastha Samazor Itibritta (1941)” Chitra Darshan (1431)’’ etc. He edited several Vaishnavite books collecting valuable information from satras. He along with Bichitra Narayan Duttabaruah started the “ Dutta Publishing House’’ and till today Dutta Publishing House has been publishing so many famous books.

The process of library automation was started in 2017 with the software PRAN (The soul of the university). Circulation process if fully automated for all 22709 books which are already bar coded.

Loss or Damage of Borrowed Books


Losing a library book or if a book found unsuitable to use while returning to the library the user is required to replace the book or if replacement is not possible triple of the cost price will be required to pay. 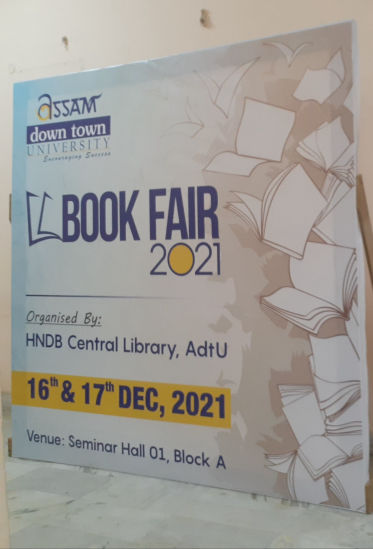 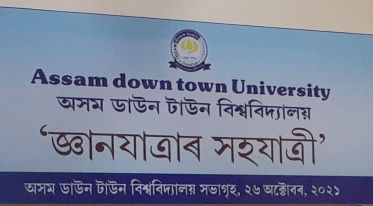 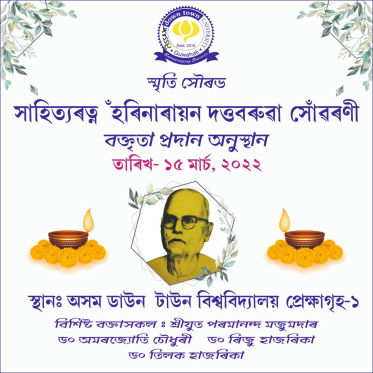 Every library user who enters the library will sign the daily attendance register.

Books from the reference section are not issued out

Readers are required to maintain the order of the books on the shelves.

Library Opening hours 9.00 AM to 5.00 PM on all working days except on Sundays and on Admin. Calendar Holidays.

The privilege of borrowing books from the library is restricted to the students, full time Research Scholars and faculties only.

Student/ faculty members must come to the library personally and tender his/her university ID card at the circulation counter at the time of transaction.

Membership of a student/faculty shall remain valid till he/she remains on the role of the Institute.

The librarian may recall any book from member at any time.

Loose issues of periodicals and Journals are not meant for issue. Reference section is meant only for reading purpose.

In case of students, books will be issued for a period of 15 days only. After 15 days a student member may be renewed the books for another two times provided the books in question are not reserved by other users. If any student is failed to return the book within this period, then from the very next day he/she will be charged Rs. 10 /-per day as fine. While in case of faculty members a Rs of 20/- will be charged if books are not returned within the due date.